Attached is a simple application that on request loads a QML dialog, that has a ScrollView, which has a TextArea with a long text. The bug is related to the way the Dialog adapts to its contents, the idea being that for a long content, the dialog resizes itself to fit more text.

A work-around is to change the contents (text property) of the TextArea after resizing the Dialog, so somehow that triggers the painting. So it seems to me that without changing the text in the TextArea, all QML items are properly constructed, but a repaint event is needed for proper rendering.

Below are screenshots of incorrect and correct (after scrolling) rendering of the Dialog. 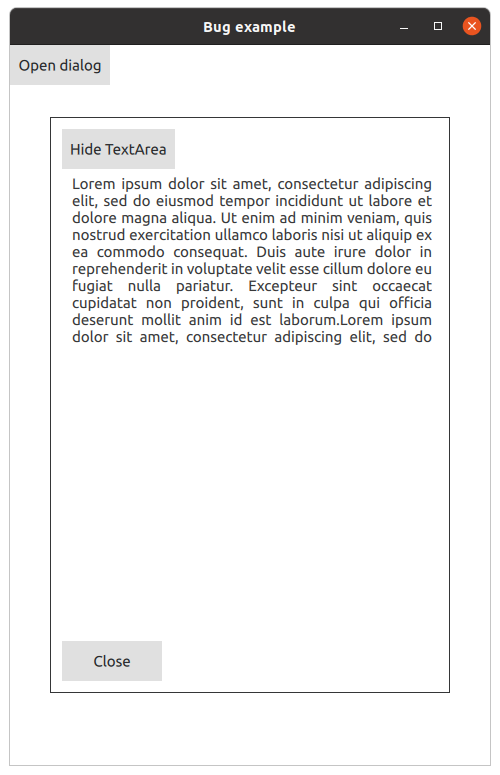 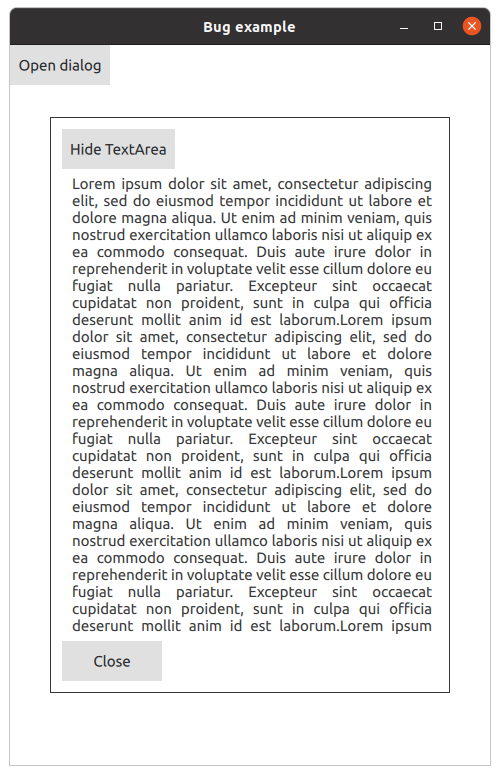