When doing a simple:

Then, the icon and placeholder text overlap like this:

(non-empty text also overlaps with the icon in this case)

I've been debugging this issue using the regular Qt 6.1.2 release in Visual Studio / Windows, and I found out it seems to come from:

QLineEditToolButton::needsSpace() returns m_wasHidden, which in the case of a regular leading action icon's widget, is never set to true, because the widget is not updated at the right moment, and does not have the right flags set. 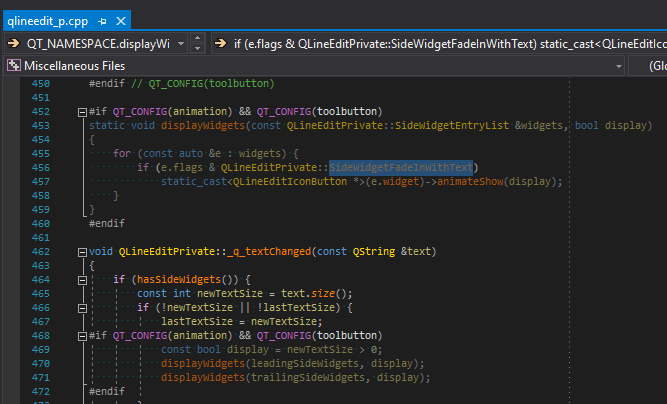 m_wasHidden is set to true only with animateShow(true), which is never called in this case because:

What seems wrong to me is the test that's done in effectiveTextMargin() when animation is enabled (which is in a regular Qt install). maybe a more elaborate condition is needed here, or a different logic, but clearly something's missing when calculating QLineEditPrivate::effectiveTextMargins().