See this header file as an example:

This is shown in the editor as: 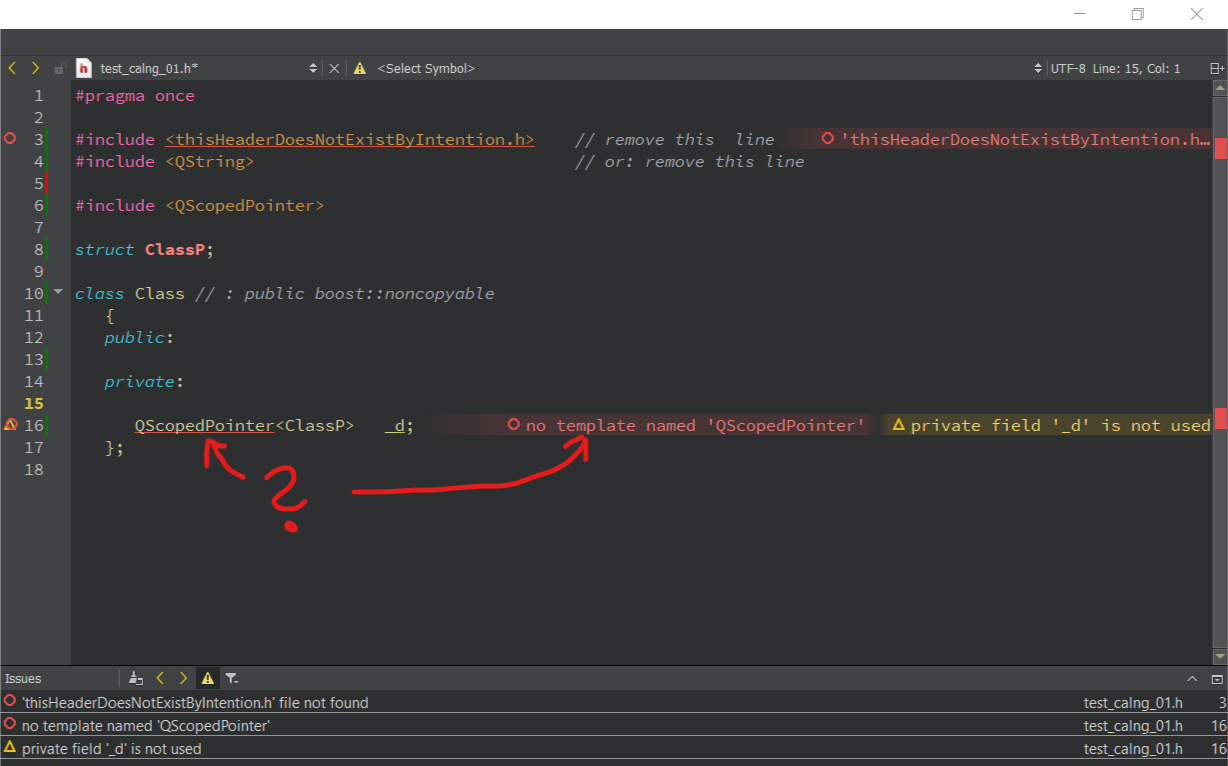 If you remove (comment out) the first or the second marked line (3 or 4) then the false positive in 18 is removed.

Ok, if you remove the include of the non existing file, I would by it.

But if you remove the include of QString?

Anyway, a missing file should not bring the analyzing to this result, should it?

You can remove the false positive by swapping line 6 and 4, so that include QScopedPointer is in front of QString, too.