When I am using Qt Creator, it often slows down to the point where is is unusable. For example, it may take 5-10 seconds for a character I type to show up in an editor window. The lag is something I will likely report in a separate issue.

Here is what Creator looks like in Task Manager at this point: 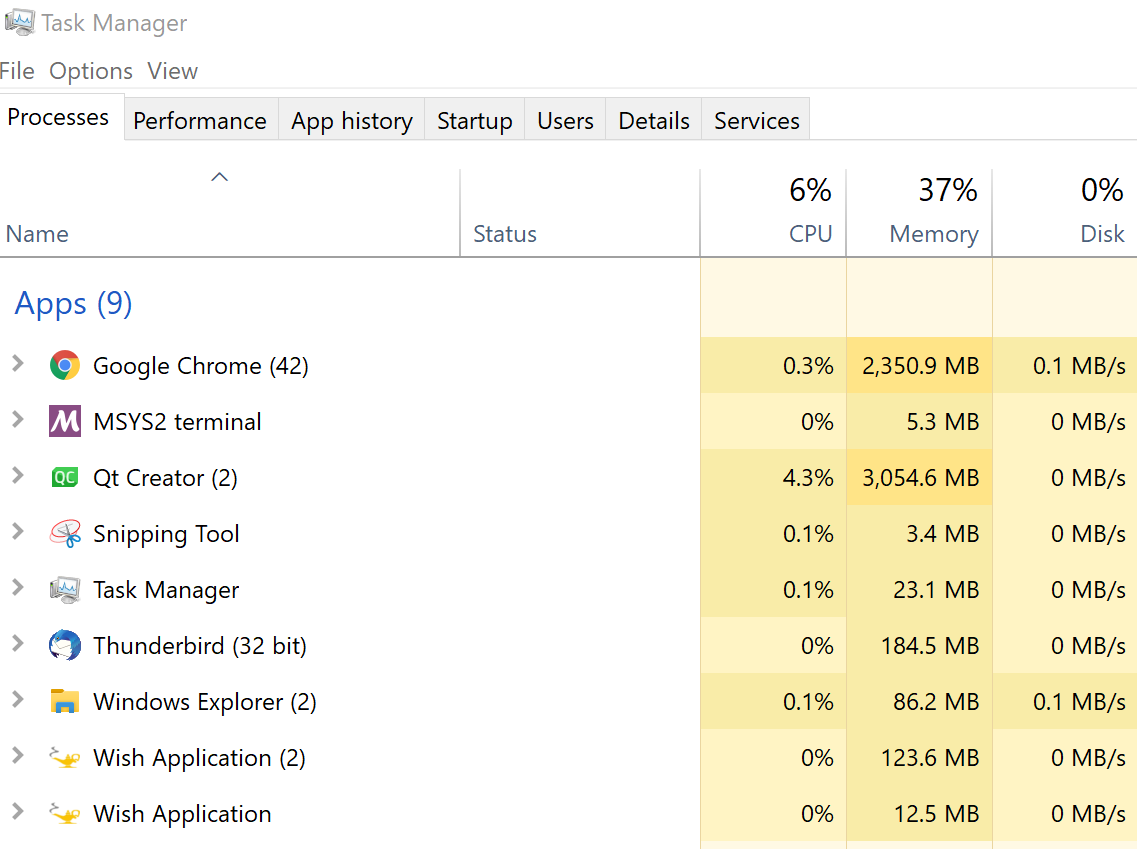 When Creator gets into this state, the only solution I have found it to restart Creator. If I click on the X button in the title bar, Creator appears to quit (the window goes away, and the icon on the task bar no longer has the bar under it that indicates the application is running). In Task Manager, Qt Creator is no longer listed in "Apps". Instead, it is listed in "Background processes" (when sorted by name). Also, clangbackend.exe and crashpad_handler.exe are also still listed in the Background processes list.

It is possible that eventually the Qt Creator process quits on its own, but I don't have the patience to wait on it. So I need to select the process in Task Manager and forcefully end the task. I then need to do the same for crashpad_handler.exe and clangbackend.exe.

My expectation is that if I quit Creator (and it is responding well enough to "pretend" to quit) it should quit immediately, not sometime in the distant future. And of course the processes it started should also quit.