Similar to , I still can't manage to import a build of qtdeclarative using an existing kit. It always creates a temporary kit.

These are the steps I took (dunno how to link to an attachment without it becoming an embedded image, so no nicely formatted list, sorry):

Removed old Qt version and kit for this Qt build.

Opened Creator and created a Qt version from the build: 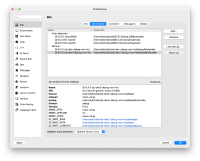 Switched to the Kits tab, clicked Add to create a new kit from scratch. Gave it a name (qt-dev2-debug-non-fw). Ensured that the compilers were the same as the official Qt builds from the online installer, as the other build I have still has it incorrectly detected as GCC (from ): 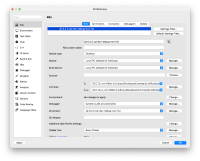 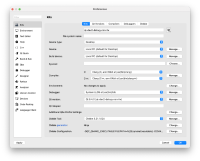 Switched to the qt-dev2-qtdeclarative session. The Configure Project screen came up.

I unchecked the checked default kit, expanded the "Import Build From..." section and typed in the path to the build: /Users/mitch/dev/qt-dev2-debug-non-fw/qtdeclarative.

Hit Import and the temporary kit was created instead of it picking the one I just created: 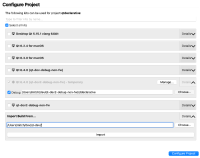 What's funny is that the kit that it created had errors: 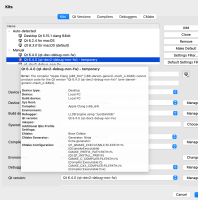 For what it's worth, this is the list of compilers:

It says that GCC is a manually added compiler, which is strange because I only got this machine a few weeks ago and have never manually added a compiler.